Anne: Cute, uplifting, generally this spot was fun. None of my friends recognized Arnold Schwarzenegger … which is probably a fail more on my friends than on the commercial. Bonus points for the tiny Pegasus house pet. If this commercial was an indication of the future, I’m excited for it.

Braeden: I liked that this commercial promoted an industry and world movement which set the tone for many electric vehicle commercials that would air later in the program. The special effects and animation brought together something old and something new just like EVs.

Tess: I’m a notorious critic of car commercials. Even when I don’t factor in the joy of seeing baby Pegasus (essentially the CGI version of the pony that I asked for at Christmas every year), I was a big fan of the BMW electric commercial. Car commercials tend to go overly aspirational making it challenging to associate the car with the message of the commercial; or ramble off a million features, throw a celebrity in the car, and call it good. BMW’s commercial took a differentiator — being electric — and built a theme around the value that differentiator provides a consumer. It was funny, memorable, and effective.

Anne: This ad really piqued my interest as a consumer-based health product and did drive me to visit the website … which, unfortunately, left me still wondering what this product actually is. I liked the innovation focus of the spot, the light airy feel to showcasing its place in regular home life, but the end result is that I still have no idea what this product does and why I need it at home. Bottom line for me: prepare your website for the traffic you’re sending there. Otherwise, well-done on the commercial itself.

Braeden: Loved the Toy Story feel of objects coming to life but wish the device’s function was clearer. The peace of mind this device is supposed to provide could have been clearer by showing a second commercial that showed what else the device does. After all, that is the last line of the commercial. How about a QR code at the end of the commercial?

Tess: I appreciated seeing a trend in the life sciences industry — empowering patients to own and control their health data — featured at the Super Bowl. The commercial was effective, demonstrating how Cue could be used in an everyday setting. Where the promotion fell flat was when a user landed on the website. The homepage doesn’t immediately explain how a user can leverage Cue and for what tests. A significant portion of the messaging is focused on disrupting an industry, a B2B message, rather than explaining to the potential consumer how and why to use the product.

Screening For Her | Hologic

Anne: Absolutely loved this. The tone of the commercial was so relatable and the use of a musical icon in this type of very human story was impactful and well done. I also love that Hologic has a whole section of their website dedicated to continuing the story past this commercial: https://www.hologic.com/WellWoman.

Braeden: How relatable! Accomplishing many tasks every day with worries on your mind. Representing this through Mary J. Blige’s day to day was a great use of celebrity considering her half time performance, and therefore, already being on viewer’s minds. Great way to raise awareness on a very important subject, empowering patients to be a spokesperson for their health.

Tess: All my love to Mary J. Blige and the team that produced this commercial. Mary J. Blige showed a vulnerable side of herself that most celebrities don’t — the anxiousness of sitting in a doctor’s office waiting for your results and the real work it takes to prioritize your health day in and day out. The message I took away from the ad is that if a legendary artist can make time for an annual screening, so can I. This was a well-timed ad for Hologic, capitalizing on the continuous conversation about health care in the public domain.

Anne: All right, let’s address it.

COINBASE: In my very humble and quiet opinion, terrible. What this ad accomplished was an alienation of the user group who already feels alienated from crypto. Which, it’s worth mentioning, happens to be a generation that has the money to play with if they were to be invited openly to the crypto party. If Coinbase’s goal was to make a small subset of the Super Bowl viewers feel special for knowing what this product was (probably because they’re already active users), then they nailed it. If their goal was to educate potential users on how their product relates to them in hopes of gaining new business, giant fail.

THE FTX SPOT with Larry David accomplished everything the Coinbase one did not. Take a product that has been difficult to understand by the masses and make it relatable. Well done.

Braeden:
COINBASE: This felt like more of a social experiment than marketing, which makes sense with the Squid Game style music. They created a lot of buzz in the crypto and crypto-adjacent communities, and if we were to rank the most unique commercial this would be number one. The QR code could have linked to anything, too, which is a can of worms for future commercials.
FTX: Comparing your product or service to big ideas of the past shows up every year in the Super Bowl ads and that made this commercial feel generic from the start. When you put your product in the same arena as the greatest ideas in world history it might feel like a big statement but can make your big idea actually look small.

Tess: It’s no surprise crypto was promoted at the Super Bowl. The FTX and Coin Based ads showed just how differently you can promote the same type of product or service. FTX took the broad awareness approach by trying to explain what crypto actually is to the diverse set of individuals watching the Super Bowl. Coin Based seemed to target a tech-savvy crowd that remembers the early 2000’s rainbow game of hitting the corner (I’m guessing that’s not the official description 😉). It’s hard for me to measure the success of these ads without knowing the specific goal and performance metrics — but it was thought provoking to see the contrast.

Anne: The moment I see Dolly Parton on TV my natural instinct is to get excited, but this partnership left me with some uneasy feelings for a couple of reasons. First, the message just didn’t make sense to me. “Do it for the phones” … do what? Second, Dolly is known for being a supporter and general promoter of health and well-being. Putting her behind a product (5G) that is associated with some controversy around health was a miss for me.

Braeden: As a fan of both Miley and Dolly, I was disappointed to see two role models who have been heavily involved in equality and health for all messaging the last couple of years be involved with something so corporate feeling. With the concern about the health effects phones are having on the general public, doing more for your phone messaging just felt awkward.

Tess: I was immediately offput by Dolly and Miley’s participation in the T-Mobile commercial. The individual personality of those two trailblazing, rule-breaking celebrities that I admire seemed like a direct contrast to the corporate T-Mobile company personality. I didn’t understand the call to action of “Do it for the phones.” The “to be continued” approach didn’t work for me, given I wasn’t engaged in the first half of the commercial I didn’t care to be on the lookout for the second part. 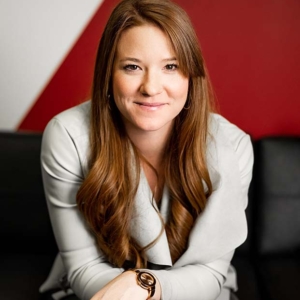 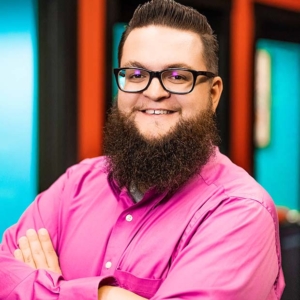 #SpeakPharma Interview: The Importance of Creating an Annual Marketing Plan for 2022 Success