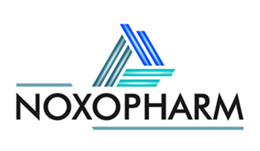 According to Noxopharm CEO and Managing Director, Graham Kelly, “Pharmorage already had a strong business relationship with Hudson with a major initiative in anti-inflammatory drug development. The RNA technology and its anti-inflammatory functions is an obvious fit, and with mRNA vaccine technology looking increasingly likely to extend eventually to most if not all viral diseases, this is an extraordinarily timely development.” Noxopharm has previous experience in developing anti-inflammatory therapeutics, which led to their current lead drug candidate, Veyonda®.

As a first step, Pharmorage will develop Hudson’s mRNA vaccine enhancement opportunities, as the mRNA vaccine market is predicted to reach $23 billion USD by 2035. Though mRNA vaccine technology has had a strong debut, unwanted side effects remain common, including fatigue, severe headache, chills, and injection-site pain. These are directly related to the body recognizing mRNA therapeutics through the immune sensor Toll-like Receptor 7 (TLR7). However, according to Associate Professor Michael Gantier of Hudson, “We have discovered a new class of TLR7 inhibitors that can outcompete immune sensing of therapeutic RNAs, such as those used in mRNA vaccines; we propose that these inhibitors could be used in conjunction with therapeutic RNAs to limit their side effects in patients and maximize their therapeutic potential.”

Pharmorage will also focus on advancing Hudson’s several lead RNA drugs through development as treatments for autoimmune and inflammatory diseases. These RNA drugs target the root of the inflammatory response — key immune sensors. Pharmorage has experience in this area, evidenced by their work on the development of a first-in-class tank-binding kinase 1 (TBK1) inhibitor, to be used in similar conditions.

About Noxopharm
Noxopharm Limited (ASX:NOX) is an Australian clinical-stage drug development company focused on the treatment of cancer and cytokine release syndrome (septic shock). Veyonda® is the Company’s first pipe-line drug candidate currently in Phase 2 clinical trialling. Veyonda® has two main drug actions — a moderating effect on the ceramide/sphingosine-1-phosphate balance and inhibition of STING signalling. Activity against the former target contributes to its dual-acting oncotoxic and immunomodulatory functions designed to enhance the effectiveness and safety of standard oncology treatments, i.e., chemotherapies, radiation therapies, and immune checkpoint inhibitors. Activity against the latter target provides an anti-inflammatory effect, as well as contributing to an anti-cancer action, but also potentially blocking septic shock. Noxopharm is running comprehensive drug discovery programs in both oncology and inflammation, and is the major shareholder of U.S. biotechnology company, Nyrada Inc (ASX:NYR), active in the areas of drug development for cardiovascular and neurological diseases.

About Hudson Institute of Medical Research
A global bioscience medical research leader, Hudson Institute’s sole focus is on powering breakthrough scientific discoveries into improved health care that will transform lives. It strives to improve human health through groundbreaking, collaborative, medical research discoveries and the translation of these to real world impact. The Institute’s 450 scientists research five areas of medical need: