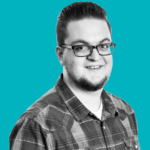 Sometimes it seems like the only game with greater stakes than the Super Bowl itself is the battle between the fiercely competitive Super Bowl commercials. A brand that airs an epic commercial during the big game can ride that high of success for months – and if they’re lucky, pass into commercial legend. Here are five Super Bowl LIV commercial observations from Braeden, our video expert.

At a time when most of the world has strong feelings about the status quo, Snickers found a way to reach everyone by showing common things the public finds annoying and offering a solution … their product. Strategically, instead of dropping the whole ad in advance they teased it to build curiosity. And a third win? This ad was an extension of the “Snickers solves your problems” messaging they’ve used for a while.

Sticking with the theme of reaching a wide audience, TurboTax used quirky comedy to make a wide demographic of people smile. Dancing grandmas, dancing on a toilet, and catchy tunes … what’s not to laugh about? People remember how brands make them feel and that’s why this ad is number two.

As someone who stores lots of media, both personal and business-related, I deal with storage every day. I’ve experienced archiving family photos and sharing these memories with others. Google let viewers know their assistant isn’t just a weather report or music player, but rather a member of the family.

In an interesting juxtaposition to Google’s Loretta, Alexa sold their “member of the family” with what almost felt like a guilt trip. If you don’t own an Alexa, you’re living in days of old. The guilt trip was softened with vintage satire, and narrated by a well-known modern couple. Amazon made us feel like we need their product to function day-to-day.

Hummer: a gas guzzling beast with no place in today’s climate – that’s quite a reputation. They flipped assumptions with the announcement of their electric vehicle. Galloping horses, heavy construction, machinery, and speed all without a peep starts changing the way people think about power, including an appearance by the powerhouse Lebron James.

My overall takeaway? Whether it’s a bazillion-dollar Super Bowl commercial or a micro-brand video, brands should connect with people emotionally and inform them in the simplest way possible.

Which Super Bowl LIV ad was your favorite? Let us know on social media!

If it moves, odds are good that it has Braeden’s fingerprints all over it. As our motion graphics expert, he specializes in live action video, animation, and digital ads. His enthusiasm is contagious in every meeting, and he is an extremely hard worker, finding genuine interest in every job he touches.

If it moves, odds are good that it has Braeden’s fingerprints all over it. As our motion graphics expert, he specializes in live action video, animation, and digital ads. His enthusiasm is contagious in every meeting, and he is an extremely hard worker, finding genuine interest in every job he touches.