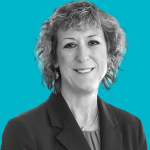 On Feb. 29, 2008, Rare Disease Day was created to raise awareness about rare diseases and to advocate for improved treatment options for individuals with rare diseases and their families. Because SCORR Marketing is entrenched in the health science industry and this is an important topic with some of our clients, we decided to take a look at this issue: the 20 to 30 million Americans with rare diseases (according to the National Institutes of Health) and their need to see new treatments developed that can help them. While OnPoint will mostly provide critical marketing information, we will also share content we develop on pressing issues facing our industry today. If you have ideas for other topics you would like us to cover, please let us know.

Treating these diseases has its own unique challenges, said Scott Schliebner, vice president of scientific affairs – rare diseases for PRA Health Sciences. Schliebner, considered an industry expert on this topic, is also a well-recognized speaker about rare diseases.

One of the biggest concerns is that patients are often geographically dispersed and located great distances from one of the few key expert centers focused on a particular rare disease, he said.

“Because physicians, by definition, don’t see many patients with a particular rare disease, there can often be diagnostic challenges in correctly identifying a particular disease or condition, leading many patients and families on a lengthy diagnostic journey,” Schliebner said. “Linking patients and families with key investigators and centers often requires patients to travel long distances, across borders and continents, just to participate in a clinical trial and gain access to a new potential treatment. Many rare diseases are also not well characterized, leading to difficulties in understanding the natural history of a disease and difficulties in selecting the best endpoints to measure efficacy.”

It is no surprise then, that the cost to develop new treatments is, as Schliebner described it, “exorbitant, escalating and unsustainable.”

In an acknowledgment that drugs for rare diseases were not being developed because of their low economic potential, Congress passed the Orphan Drug Act of 1983. The word “orphan” is not defined in the legislation but refers to the rare diseases and patients who have these rare diseases and who seem to be abandoned or orphaned by the health care system.

Through the legislation, the Orphan Drug Designation Program provides orphan status to drugs and biologics that are defined as those intended for the safe and effective treatment, diagnosis or prevention of rare diseases. The program gives development incentives for orphan drug status, including tax credits for clinical trial costs, relief from the prescription drug user fee if the indication is for a rare disease or condition, and eligibility for seven years of marketing exclusivity upon approval.2

The program appears to be working. In the decade before the passage of the act, only 10 industry-supported products for rare diseases were brought to market. Since 1983, more than 600 orphan drug indications have been approved from more than 450 distinct products. 2

Profiting from the program

As the number of orphan drug applications has increased, so has the criticism that some drug companies may be unfairly profiting from the Orphan Drug Designation Program. A Kaiser Health News report published in January 2017 said that the system “is being manipulated by drug makers to maximize profits and to protect niche markets for medicines already being taken by millions.3

More than 70 drugs first approved by the FDA for mass market use were later approved for orphan use, the report says. According to the report, more than 80 other orphan drugs qualified under the program for more than one rare disease. Each approval brought additional incentives for the drugs.3

Overall, the report found that a third of the FDA’s orphan drug approvals since the program began have received multiple orphan approvals. In addition, orphan approvals now account for almost half of the total drugs approved by the FDA. Since drug companies are able to market orphan drugs at a higher cost because market exclusivity allows them to set the price, some have speculated that orphan drugs have contributed to the high cost of health care in America.3

An FDA presentation in October 2017, however, presented a different view, indicating that nearly three-fourths of drugs initially approved as an orphan drug have not expanded their labeled indication.2

Believing that the concern about orphan drugs being a contributing factor to rising health care costs was “creating a debate more impassioned than informed,” leaders of the National Organization for Rare Disorders (NORD) commissioned a study to look into this.4

The research conducted by QuintilesIMS Institute (now the IQVIA Institute) determined that only a small percentage of the money spent on health care is attributable to orphan drugs. “Of the $460 billion spent on drugs in the U.S. in 2016, only 7.9 percent was for orphan indications of approved drugs.”4

“As we look at ways to reduce the burden of health care costs in the U.S., some people have looked upon orphan drugs as a possible contributing factor,” said Peter L. Saltonstall, NORD president, in a released statement. “The QuintilesIMS (now IQVIA) study provides an important new perspective that helps to reinforce the basic value of the Orphan Drug Act and to quantify orphan drug spending within the broader context of total drug sales.”5

“I don’t see the industry pursuing rare and niche indications solely for profits. We are still in a reality where only about 5 percent of the more than 7,000 rare indications have an approved therapy, and there is much work to be done.”

“As our health care system evolves and we look at ways to control costs, it’s important for these conversations to be data-driven and to reflect the realities of our health care spending,” Saltonstall continued.

Schliebner agreed with the results of that study. “There may be a few bad actors, but I think industry overall is looking to do the right thing. I still think the industry as a whole is focused on larger, commercial markets where the risk is lower and they can be sure to profit from their [research and development] expenditures.”

He said that he sees new molecules regularly discontinued and shelved because of limited commercial opportunities — even with the existing incentives and benefits provided by orphan drug designation. “In my experience, I don’t see the industry pursuing rare and niche indications solely for profits. We are still in a reality where only about 5 percent of the more than 7,000 rare indications have an approved therapy, and there is much work to be done.”

In an interview with Kaiser Health News, FDA Commissioner Scott Gottlieb said he wonders if financial incentives should be different for drugs that receive secondary approvals for orphan drug status.

“It could very well be that you need to think differently about how you would create a framework around the secondary indication and the primary indication,” Gottlieb said. He added that the FDA has been considering that question as well as asking why some rare diseases don’t have treatments. “You have to ask why various uses of drugs aren’t getting studied.”6

Regulations to encourage new treatments for rare diseases is as needed as ever. “At the same time, I hope this is balanced with some restrictions that prevent some in the industry from finding those loopholes and taking advantage of regulations that were intended to bring new therapies to underserved populations,” Schliebner added.

The head of the National Organization for Rare Diseases believes the U.S. is “on the verge of a new era” to treat diseases, something especially needed for people with rare diseases. “Public policy must keep pace with these changes and provide an environment that is conducive to continued progress,” Saltonstall said.5

Schliebner agreed that the rare disease research is evolving. “As our diagnostic, genomic and biologic capabilities increase, we are better able to pursue new therapies for neglected diseases and better able to identify suitable drug targets,” he said.

Through personalized medicine, researchers will be able to develop therapies tailored to individual patients. “Ultimately, most diseases will become much better understood and we will be able to better characterize the different sub-types within an overall indication,” Schliebner said. “This will lead to more and more ‘rare’ diseases, and ultimately in my opinion, to a state where most of medicine is focused on treating smaller, specific individual cases with tailored and customized therapies.”